Kansas, located in the center of the United States, is perhaps best known internationally for two things: the first-ever color film, 1939’s The Wizard of Oz, and the myth that the state is “flatter than a pancake,” which has since been disproven by science. When it comes to legal gambling options, thankfully, there are several licensed land-based casinos to choose from. To be more specific, there are eleven listed on wordlcasinodirectory.com. As for poker rooms, regrettably, your options are significantly more limited. Three active poker rooms are listed for the entire state on Pokeratlas. Kansas City, best known for being located in both Kansas and neighboring Missouri, is home to two of the aforementioned rooms. So, poker in Kansas is very limited for its players. In the 1860s, the first saloons opened up in the area, bringing with them regular card games. Similar to how Texan traveling gamblers (Doyle Brunson and his crew) brought Texas Hold ’em to Las Vegas a century later, cowboys from Texas brought their favorite games of chance to the locals. The first “professional gambler,” a man named Luke Short, is mentioned on the website of the Kansas Historical Society. In 1883, he opened a saloon in Dodge City with the money he won at the casino.

By 1868, Kansas had implemented a ban on gambling, though its enforcement was far from perfect. In 1895, restricted sports betting at equestrian race courses and fairs were legalized, which weakened the prohibition.

In 2007, gamblers in modern-day Kansas experienced their first truly significant win of the 21st century. The Kansas Expanded Lottery Act was enacted by the state legislature that year. The first commercial casinos in the state could now open outside of tribal land in the “four designated gaming zones” thanks to this piece of legislation.

Where You Can Play Poker in Kansas Casinos:

Kirk Morrison, also from Wichita, ranks second on that list, not far behind Steven. He has won $3.179 million from live tournaments. In April 2007 at the WPT Five Star World Poker Classic, he won $2.011 million by placing second in the $25,500 No Limit Hold’em Championship. In the final round, he was defeated by eventual winner Carlos Mortensen of the 2001 World Series of Poker Main Event.

Chapter 21 and Chapter 71 of the Kansas Statutes contain the state’s gambling laws. The Kansas Racing and Gaming Commission is responsible for issuing gambling licenses and enforcing state gambling laws (KRGC for short). The Kansas Expanded Lottery Act (KELA) of 2007 was briefly discussed above.

You can find the Hollywood Casino Kansas Speedway on the stateside of town. They host 1-2 poker tournaments per month in their cardroom, with buy-ins ranging from $240 to $450. In addition to the standard Limit and No Limit Hold’em and Pot Limit Omaha cash games, they also offer Pot Limit Omaha Hi-Lo 8-or-Better. Tables run anywhere from $2/$5 blinds (the lowest) to $25/$50 blinds (the highest) for a variety of games. The high rollers will feel right at home here.

Dodge City, Kansas, the historic town we mentioned in the introduction, is home to the Boot Hill Casino. They also have a cardroom where you can play poker. There are 49 other states in the same position as Kansas. Their legislation provides zero guidance on the topic of internet betting. However, due to federal laws such as the 1961 Wire Act and the 2006 Unlawful Internet Gambling Enforcement Act, this is automatically prohibited.

There are only two options for poker players in Kansas. Apps like PokerBros and Global Poker use a legal sweepstakes model to offer real-money poker games. You could also try your luck at the unlicensed Winning Poker Network sites like America’s Cardroom, which also is based in Costa Rica. 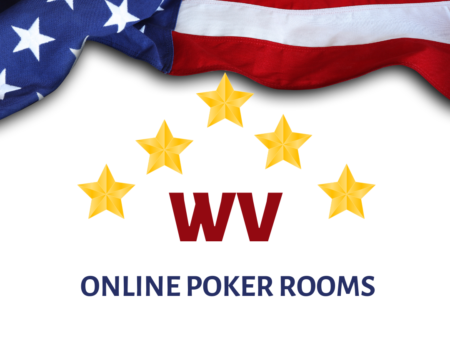